The Regatta will be governed by the rules as defined in the 2017-2020 Racing Rules of Sailing, the prescriptions of US Sailing and the 2016 Martin 16 Class Rules, except as any of these is altered by this Notice of Race and the Sailing Instructions. Any changes will be posted on the official notice board at the Waterfront Pavilion prior to 9am each day of the regatta.

Notices to competitors or change to the sailing instructions will be posted on the official notice board located at the Camp Chingachgook Waterfront Pavilion before 9:00 am on the day it will take effect.

In the event that it is not practical or safe for a competitor to use a PFD as described above, that sailor may apply to the Organizing Authority for dispensation with respect to the PFD rule above. In such a case the competitor must supply and wear, at all times while sailing, an alternative form of PFD, which must be submitted to and accepted by the Organizing Authority upon registration.

4. Boats and Equipment
This regatta will be sailed in Martin 16s. Competitors sailing in boats which are owned by an Association in which the competitor is not a member must receive permission from the owner before making any alterations or additions to the boat. Assignment of boats is at the sole discretion of the Organizing Authority.

Assistive devices may be supplied and used by any competitor if they deem it necessary to provide a level of function equivalent to other competitors. Assistive devices must be declared and approved by the Organizing Authority prior to the start of any race in which the device is used. Failure of such assistive equipment shall not constitute grounds for redress.

5. Schedule
Sailors must be at the dock, prepared to sail, no later than one hour before the warning signal for their first race each day.

The number of races sailed each day in each fleet will be at the discretion of the Race Committee. 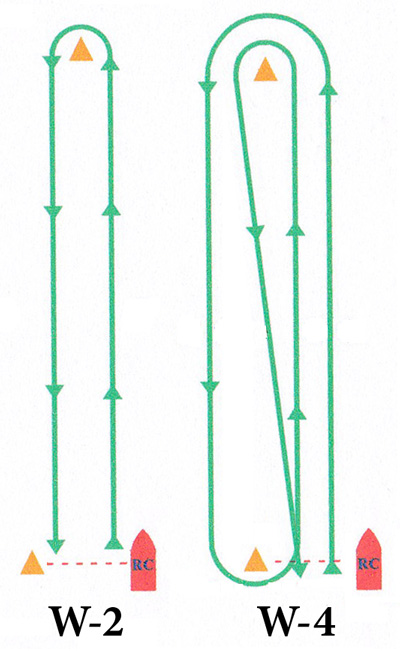 7. Marks
All marks will be inflatable marks.

8. The Start
The starting sequence as described in RRS 26 will be used. Class Flag will be the Martin 16 Class Flag. As a courtesy, Race Committee will sound several quick horn blasts approximately one minute before the Warning Signal; failure to do so will not constitute cause for redress.

The starting line will be between the committee boat at one end of the line and an inflatable mark at the other.

11. Time Limits
If no boat has finished a race within 40 minutes the race shall be abandoned. After the first boat finishes, there will be a 10-minute time limit for succeeding boats to complete the race. All competing boats that fail to finish within the time limit will be scored one point more than the last finishing boat.

12. Protests
A competitor intending to protest need not display a red flag, but shall hail “Protest” immediately, and shall inform the Race Committee by sailing to the committee boat and hailing immediately after finishing.

Protests shall be written on forms available from the Organizing Authority and delivered to the Race Committee within Protest Time, which begins when the last boat finishes the last race of the day, and ends 60 minutes later. Protests will be heard in approximately the order of receipt as soon as possible.

13. Scoring
Each fleet will be scored separately; the Y-Knot Cup Perpetual trophy will be awarded to the winner of the Gold Fleet. The Low Point scoring system of Appendix A will apply. All races will be counted. One race is required to be completed for each Fleet to constitute a series.

14. Prizes
Prizes will be awarded to the top three competitors in each Fleet. Other prizes may be awarded at the discretion of the Organizing Authority

15. Disclaimer of Liability
Competitors participate in the regatta entirely at their own risk. See RRS 4, Decision to Race. The Organizing Authority will not accept any liability for material damage or personal injury or death sustained in conjunction with or prior to, during, or after the regatta.